Learn How to Write a Character Analysis Essay in Easy Steps

Writing a character analysis essay is a challenging type of assignment for students. It requires you to examine how the protagonist's personality and actions affect their development. Moreover, you have to explore the author's use of characterization.

So, you've decided to write a character analysis essay. If this is your first time writing one of these essays, don't worry!

Believing it's hard or that there are many rules can be intimidating, but it doesn't have to be difficult.  If you know what steps need to be taken to write a great character analysis essay, you’ll be good to go.

So, if you want to know more about it, this blog can help. Read ahead to learn how to write a good character analysis essay. 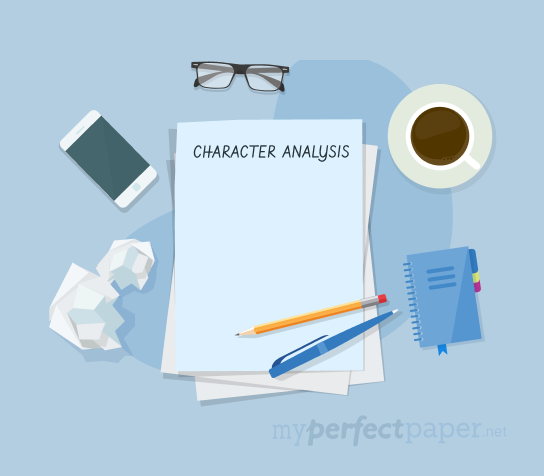 What is a Character Analysis?

A character analysis essay is a type of essay in which the writer explains the main traits of the character. It is based on the analysis and breakdown of the chosen character. It could be based on a drama, novel, or even poetry.

An essay analyzing a character is typically structured in the same way as other essays. Begin with an intro of that person. Later, discuss their traits and backstory. Then finish by explaining why you chose this particular character.

An analysis essay discusses the comprehensive characteristics of a character. These characters are from literature and art.

However, sum up everything clearly and explain the character’s role and purpose in the story. Avoid writing irrelevant and obscure details in the essay.

Purpose of a Character Analysis

The main purpose of the character analysis essay is to:

How to do a Character Analysis?

It can be fun to learn more about a character by analyzing them. However, this is not the same as writing about them. In order to write a good analysis, you need to understand their personality.

You need to think about a few important things when doing a character analysis.

Inspiration: What are the motivations behind the character's actions? How do their choices reflect their personality? What ethical implications does their behavior have?

Choice of Words: Pay attention to these words as they will help you know more about the character.

Characters Names: The name and title of the story also help in understanding both minor as well major characters.

There are many types of characters in stories, and each has its own traits, roles, or behaviors. Here is a list to help you know more about them:

One of the most critical steps in writing a good character analysis is organizing your thoughts and ideas. A well-constructed outline will help you stay on track with everything.

A good character analysis outline consists of an introduction, the main body, and a conclusion.

Let’s discuss them in detail.

Your introduction should spark the interest of your audience and hold together all that follows. Use short sentences and interesting facts about the characters. Describe them clearly for people who might be reading this but haven't met those particular individuals before.

To write a well-structured analysis, you should first divide your body paragraphs into different areas or ideas according to the character. Make sure that all of the points are covered.

The body section should cover the below-mentioned questions:

The conclusion of your character analysis should be well-written and cohesive. It’s time to take one last look at how the story unfolds, then draw some conclusions about what readers learn from it. Lastly, do not insert new details here and end it with closure instead.

How to Write a Character Analysis?

To understand these characters better, you need to immerse yourself in the story or piece of literature. Pay attention to its important parts, such as the setting, climax, and others. You need to be able to feel and see what the characters are going through.

Notice how the author developed the characters in the story. The writer can see how the characters were shaped and formed. The amount of information given about their identities is up to the writer.

Sometimes, writers can look at the different behaviors and morals of the characters. They are also able to see how these have affected different situations throughout the story.
When you start writing a character analysis essay, you have to do some planning and preparation. Without it, you will never create a well-written essay.

For your help, we have gathered some steps that you should follow when you start writing the essay.

Reading is the key to all essay writing. It can give you insights into their development as a person or in life. You should read before you start describing the character.

Choosing the right character seems like the easiest part of writing a story, but it can be difficult. First, you need to understand what motivates your characters and what role they play.

If you choose to make your protagonist static and boring. In that case, the essay will likely turn out monotonous. It is because they won't undergo any changes during their journey throughout the story.

However, if you have characters with more depth than your main protagonists that are constantly changing and growing in different ways, there's no doubt that engaging content will appear in your work.

When you are reading a book, you must take notes and highlight all the critical elements of the story. It will help in your entire writing phase, and you won’t forget any main points.

Therefore, when you take notes, you should cover;

In this step, create the thesis statement that covers the main essay purpose, which will be explained in the essay. A perfect character analysis thesis statement contains an idea about the character. Also, try to write it in an attention-grabbing way.

Creating an outline is necessary for a character analysis essay, like all other essay types. The outline structure is also the same, but only the content is changed.

A good essay introduction is necessary to make the reader feel like part of what you're saying. Therefore, an introduction should have some kind of statement, question, or preview about your essay's content. It makes it effective and engaging.

To get readers interested before diving into an analysis, start by describing who that character is being analyzed? What motivates them? What makes their personality unique from others?

Give a brief introduction about the character, but don’t go into depth.

Your essay should be divided into three sections, each discussing a different important aspect of the character. The body paragraphs should answer the following questions:

Therefore, keep these questions in your mind and answer them precisely without any confusion.

The conclusion of a character analysis should conclude the character’s conflicts and what the reader can learn from them. Also, highlight the important personality traits of the character.

Proofreading is the last step of the essay. In this step, remove all the grammatical, punctuation, and vocabulary mistakes. Try to make it error-free and leave a good impression on the readers.

Examples always make the writing task easier. Therefore, for your help, we gathered some professionally written examples that give you a better idea of a character analysis essay.

Character Analysis of Maggie in Mill on the Floss

Character Analysis of Maggie in Mill on the Floss

Character Analysis of Waiting for Godot

Character Analysis of Waiting for Godot

Tips for Writing the Character Analysis

For your help, we compiled some great tips that will make your writing process easy. These are;

Now you have a detailed guide on a character analysis essay. However, if you still need any help, consult MyPerfectPaper.net. All your ‘write my paper’ requests are managed by expert writers.

What are the characteristics of good character analysis?

Below are some characteristics of good character analysis:

What are the 6 traits of good character?

The six traits of good character are:

How do you start a character analysis?

The following are the steps that will help you start writing the character analysis essay.

What are the four major methods of analyzing characters?

Here are the four major methods of analyzing characters.

Nova Allison is a Digital Content Strategist with over eight years of experience. Nova has also worked as a technical and scientific writer. She is majorly involved in developing and reviewing online content plans that engage and resonate with audiences. Nova has a passion for writing that engages and informs her readers.

Learn How to Write an Article Review Like a Pro 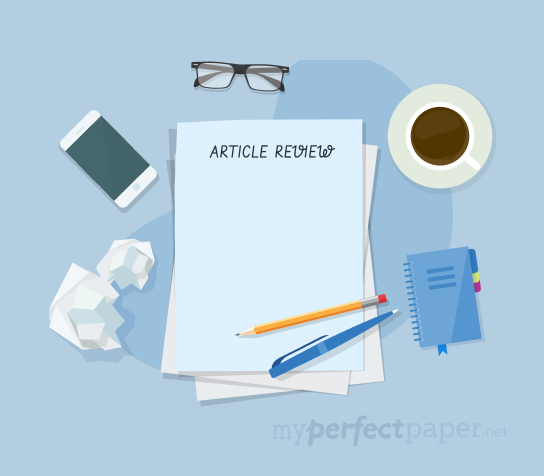